If something seems too good to be true, it probably is !

In this latest edition of our Room 228 Newsletter, we analyse a recent case in which the title of this Newsletter are the exact words used by the High Court Judge in the opening paragraph of his Judgment. 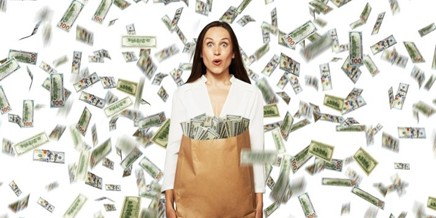 If something seems too good to be true, it probably is !

In this latest edition of our Room 228 Newsletter, we analyse a recent case in which the title of this Newsletter are the exact words used by the High Court Judge in the opening paragraph of his Judgment.

Imagine you were offered an investment opportunity: (1) the investment simply requires depositing funds with a bank (2) the investment plans are linked to the trading price of a stock, but no share purchase would ever be required, and (3) on maturity, an investment return would be payable at a higher or lower rate, depending on the market price of the linked stock as compared against a pre-set target price.

After each 30-day period, the higher rate would return 10% and the lower rate would also provide a ‘modest’ return of 2.5%.

“The holy grail, tell me more!” the team at bowers.law hear you exclaim, but wait…

“… if something seems too good to be true, it probably is…”

The “fengshui” really had nothing to do with it…

We can all do with a bit of good fortune and the adage “it’s better to be lucky than good” runs deep in the veins of the people in Hong Kong.  Stories about fengshui masters have a knack for making good headlines and the exposure of the forgery by fengshui master Peter Chan Chun-chuen of the late Nina Wang’s will to claim her billion-dollar fortune transfixed Hong Kong in 2013.

Come year 2021, we are again reminded of the mastery of the fengshui shifu at work.

The plaintiff in this case, Ms Luk, was introduced by her fengshui master to his younger sister, Ms Liu, who was an employee and manager in charge of securities at a local branch of Wing Lung Bank.  Liu had introduced the plaintiff to an investment opportunity purportedly offered by the bank which promised extremely attractive returns, on the terms described above.

It was explained by Ms Liu that the relevant investments were ‘internal’, meaning that the investment opportunities were only being offered exclusively by the bank to its staff, and not to outsiders – not even to customers of the bank.  The investments were made through Liu taking up her own “quota” within the bank and the funds invested by the plaintiff were all transferred to or through Liu’s direct personal bank accounts with the bank.

For over 3 years starting from September 2010, the plaintiff invested about HK$35 million in the scheme, and although she received various payments totalling about HK$11.3 million (described as interest payments generated by the investment scheme), the remainder of her investment was ‘lost’.

Surprise – the plaintiff was the victim of a fraud perpetrated by Liu, who was convicted of fraud in October 2015 and who is now serving a hefty prison sentence.

Liu’s conduct had all the hallmarks (red flags) of fraud and deception – she utilised her official position at the bank to create a false impression of authenticity and authority, she opened the plaintiff’s bank accounts at the local branch, she wore the bank’s staff uniform and met the plaintiff  a number of times at the bank’s branch offices. She was also apparently responsible for securities services.  False statements and receipts were produced on the bank’s letterhead (stamped of course with a bank branch ‘chop’) containing the plaintiff’s account details, Liu’s bank staff and HKMA licence number etc – all to give her fraudulent scheme a false air of legitimacy and authenticity.

In cases such as these, where the perpetrator of the wrongful act is the employee of a bank, the natural inclination is usually to ask – should the bank not be somehow responsible for the fraudulent activities of its employee? This was the issue before the court in these proceedings.

The doctrine of vicarious liability has the curious nature of imposing liability upon the employer for the wrongful acts committed by its employees during the ‘course of their employment’ in circumstances where it would be fair and just to do so.

The court was asked to consider a line of case authorities dealing with the test for the existence of a sufficient ‘close connection’ between the employment and the tort (wrongdoing) as justification to establish vicarious liability.

In reviewing the authorities on vicarious liability, Hon Coleman J highlighted an important element of torts involving misrepresentation, which unlike most torts (where the claimant tends to be a hapless victim) involve reliance by the claimant.

This unique aspect of reliance-based torts in terms of the test for vicarious liability suggests that a principal (employer) should only be implicated for the deceitful acts of its agent (employee) if the victim was justified in relying on them.

Put another way, vicarious liability for the employer arises if, but only if, the relevant misstatement was made within the employee’s actual or apparent authority.

For Liu to have apparent authority:

The court drew a distinction between (a) the plaintiff’s belief as to the genuine existence of the investments, and (b) the person / entity with whom the plaintiff thought she was dealing.

The plaintiff needed to be led to believe (deceived by Liu) that the investments were both offered and backed by the bank. The court found however that the plaintiff could not reasonably have believed that she was dealing directly with the bank.  Instead, the court was of the view that the plaintiff was taking advantage of a private arrangement with Liu arising from Liu’s ability to deal directly with the bank in her capacity as an employee of the bank to whom a product was exclusively offered.

The court found that the plaintiff was so overjoyed to be offered and apparently earn the sort of mega returns identified that she really didn’t care about the why or the how behind the logic of the investments.

“…it is undoubted that a person who deals with an agent, whose authority he knows is limited, does so at his peril, in the sense that should the agent be found to have exceeded his authority his principal cannot be made responsible”.

The plaintiff was described as being blinded by her greed, despite harbouring obvious suspicions that the investment scheme was too good to be true (which, of course, it was)!

bowers.law top tips to keep the fraudsters at bay…

This latest Room 228 Newsletter again goes to show how fraudulent schemes can come in all shapes and sizes, making prey of the unsuspecting. Remember these top tips to help you prevent fraud and beat the scammers:

Please contact Kevin or Chris at kevin.bowers@bowers.law or chris.li@bowers.law if you have any questions about this Room 228 Newsletter.

This Newsletter is not intended to be and should not be relied on as legal advice. You should seek professional legal advice before taking any action in relation to the subject-matter of this Newsletter.